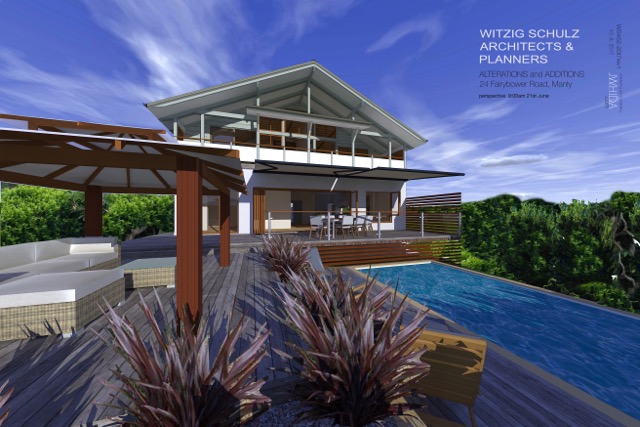 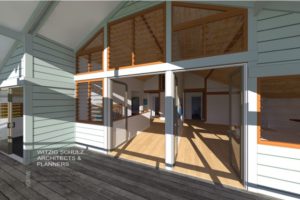 Our clients walked into the office wanting advice on alterations to a family holiday house at Lake Woolooweyah, a coastal village south of Yamba NSW.

In passing, they mentioned that he also had a house overlooking the ocean at Fairy Bower, and perhaps we could be interested in doing some renovation work on the Manly house? 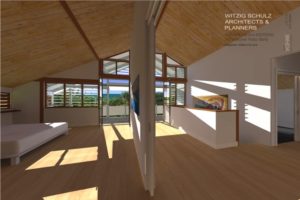 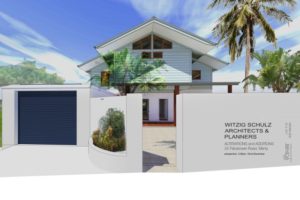 The Fairy Bower house is locatedin an old part of Manly, where heritage buildings predominate and fairly strict re-development guidelines are enforced by council.

The location was wonderful & it was easy to visualize making some substantial changes to unlock the potential of the site and aspect. 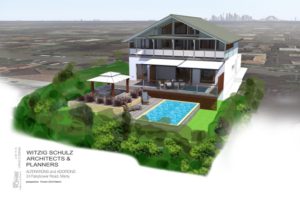 With due respect to those old brick bungalows so prevalent in the Sydney suburbs, they were designed & built in another era, often with boxy, ill-lit & ventilated room s connected by long hallways & feeling confined, un-connected & restrictive.

The challenge was to take this heritage bungalow and transform it into a light, open & well ventilated house to provide a stimulating home environment for a growing family.

It helped, in the development of the vision, that our client was a keen surfer and that we has already provided the family with a lovely beach house at Woolooweyah.

The first, and major proposal was to demolish the existing upper bedroom level and to expand the new upper level to incorporate generous bedrooms, bathrooms & verandahs overlooking the gardens & Pacific Ocean.

The ground floor or living areas were to be refocused around a timber decked pool within existing gardens.

A great & attractive vision for them, but it had to be designed and detailed to fit within the allowed re-development guidelines for Northern Beaches Council.

There are no short cuts.

The process is well defined & the path well trodden.

We started by commissioning a survey of the surrounding precinct in Fairy Bower road in order to show that our re-design proposal was in character with the surrounding streetscape & built environment.

I had studied roof forms & pitches to find an acceptable marrying of the new & the old.

We organised several meetings with council planners to test the waters; our clients visited neighbours with design drawings to explain their proposal; and gradually, slowly over several months we chipped away at issues arising & finally had our development approvals in place.

Forward a year or so…

The new roof form is framed up and ready to clad; minor changes to some windows & balustrades are lodged for final approval and the family is planning to move in early in the new year.